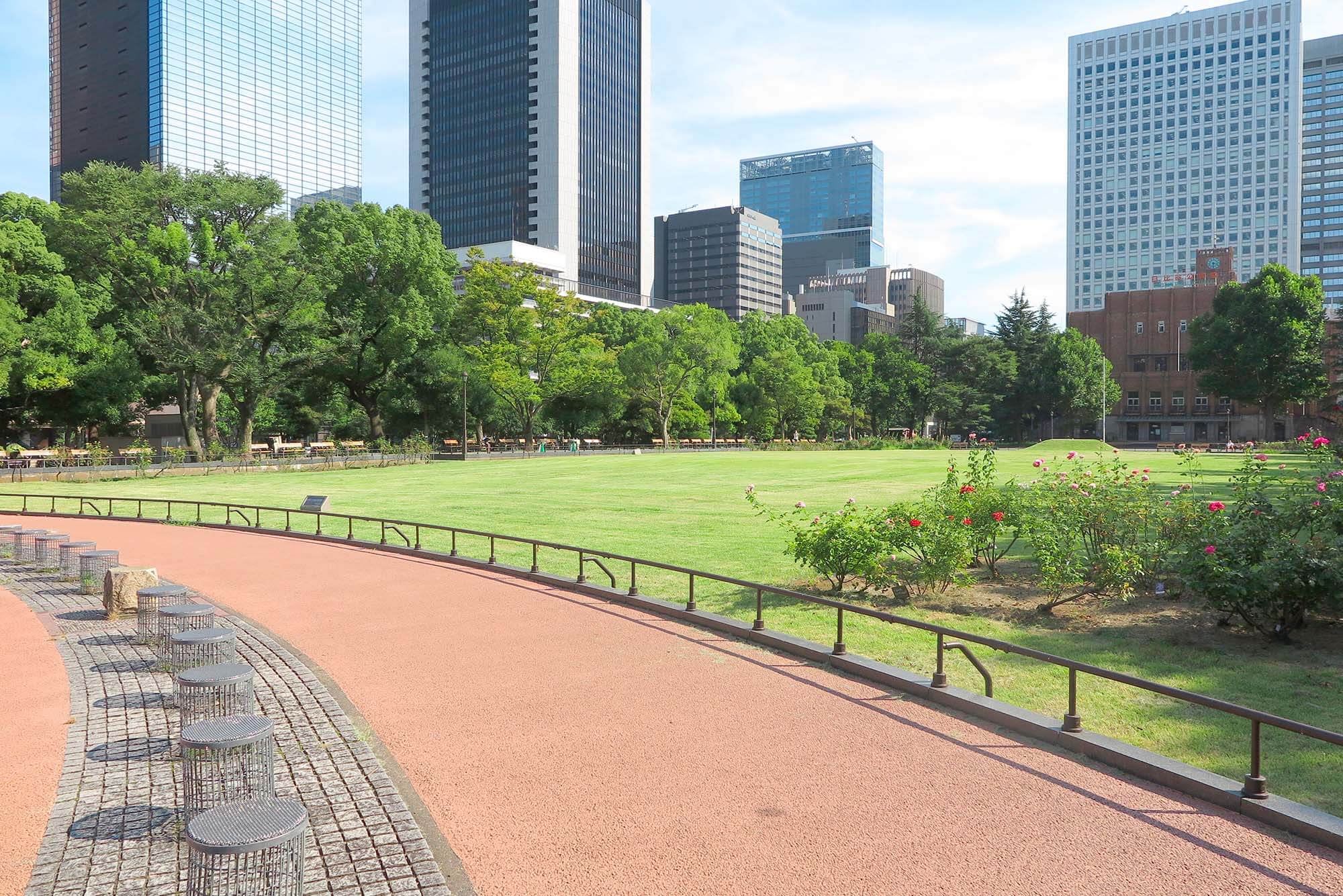 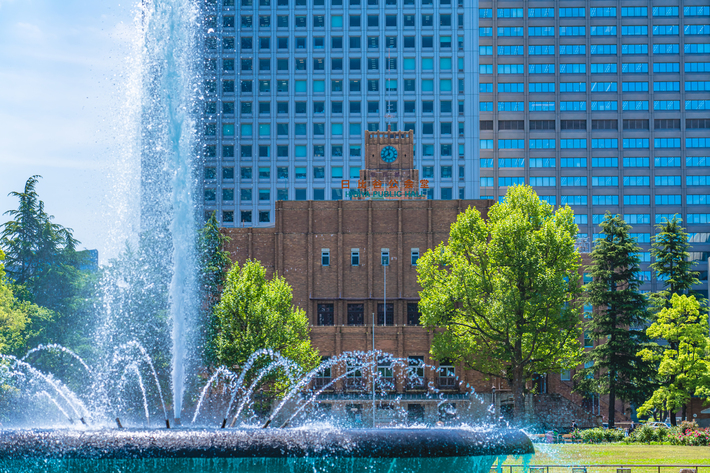 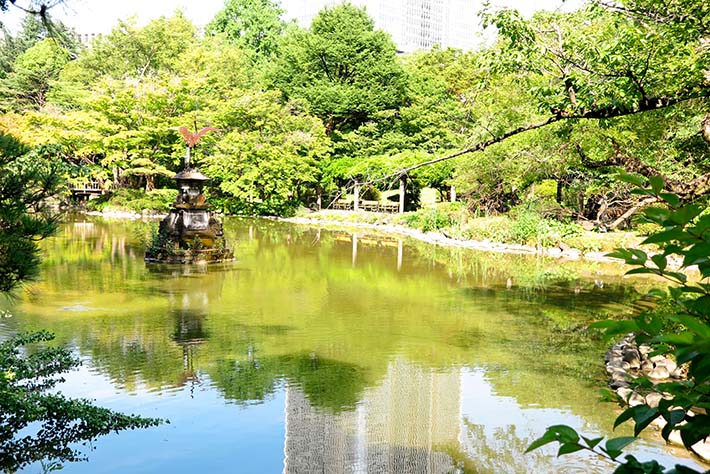 Hibiya Park opened in 1903 as the first modern Western-style park in Japan.
It is alive with people who are working near here on weekdays, as well as families on weekends and holidays.
The area of the park is 161,636 square meters and you can enjoy various floral art seasonally. The roses bloom mainly in May and October. They are so many kinds.
There are the facilities such as Hibiya Public Hall, Hibiya Open-Air Concert Hall, Chiyoda Ward Hibiya Library and Museum, Tennis courts etc.

Hibiya Park is located a 2-minute walk from Subway Hibiya Station and a 3-minute walk from Subway Kasumigaseki Station. The park is extensive, with a site area of ​​16.2 hectares, which is about four times the size of Tokyo Dome. Surrounded by clusters of buildings, it is visited by many business people during the daytime, and serves as a oasis in the heart of the city.

Hibiya Park opened in 1903 (Meiji 36) as Japan's first Western-style park, after having served as an army training ground and before that, the site of residences for Edo-period lords. Different flowers blossom in each of the four seasons, allowing visitors to feel the changing of the seasons throughout the whole year. The park is colored by wisteria and dogwood in spring, hydrangea and gardenia in summer, fragrant olive in fall, and plum blossoms in winter.

Located in the south of the park is its symbol, a large fountain. Up to 12 meters of water squirts up from the pond, which has a diameter of 30 meters, creating a cool atmosphere. Meanwhile, on the north side of the park is Kumogata-ike Pond, which is said to have the third oldest fountain found in urban parks in Japan. Cherry blossom and ginkgo trees are planted around the pond, offering enjoyable experiences viewing cherry blossoms and fall foliage.

On the east side of the park is the first flower garden, while the second is on the west side. A wide variety of roses are grown in the four corners of each. The best time to view them is in the spring and fall—from mid-May to mid-June and from mid-October to mid-November. Also worth noting is that from March through May, colorful tulips open their buds in the area beside the second flower garden. With colors like red, white, yellow, and pink, they will make your stroll also a pleasure for the eyes.

The park also has plenty of spots like shops and restaurants where you can enjoy lunch or a break. Hibiya Matsumotoro is located in the middle of the park and offers Western food on the first floor and French cuisine on the second. Along the Harumi-dori Avenue side of the park is Hibiya Saroh, where guests can enjoy international cuisine and beers from all over the world.

Hibiya Park is a spot for more than enjoying nature; you can also enjoy events and meals here too. As a park that offers different views in each of the seasons, it is definitely worth a visit. 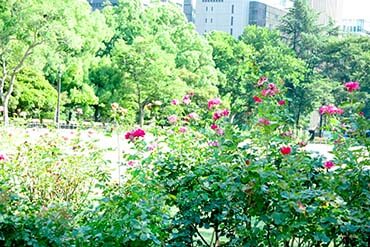 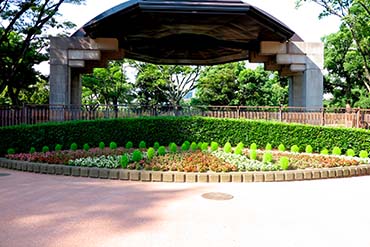