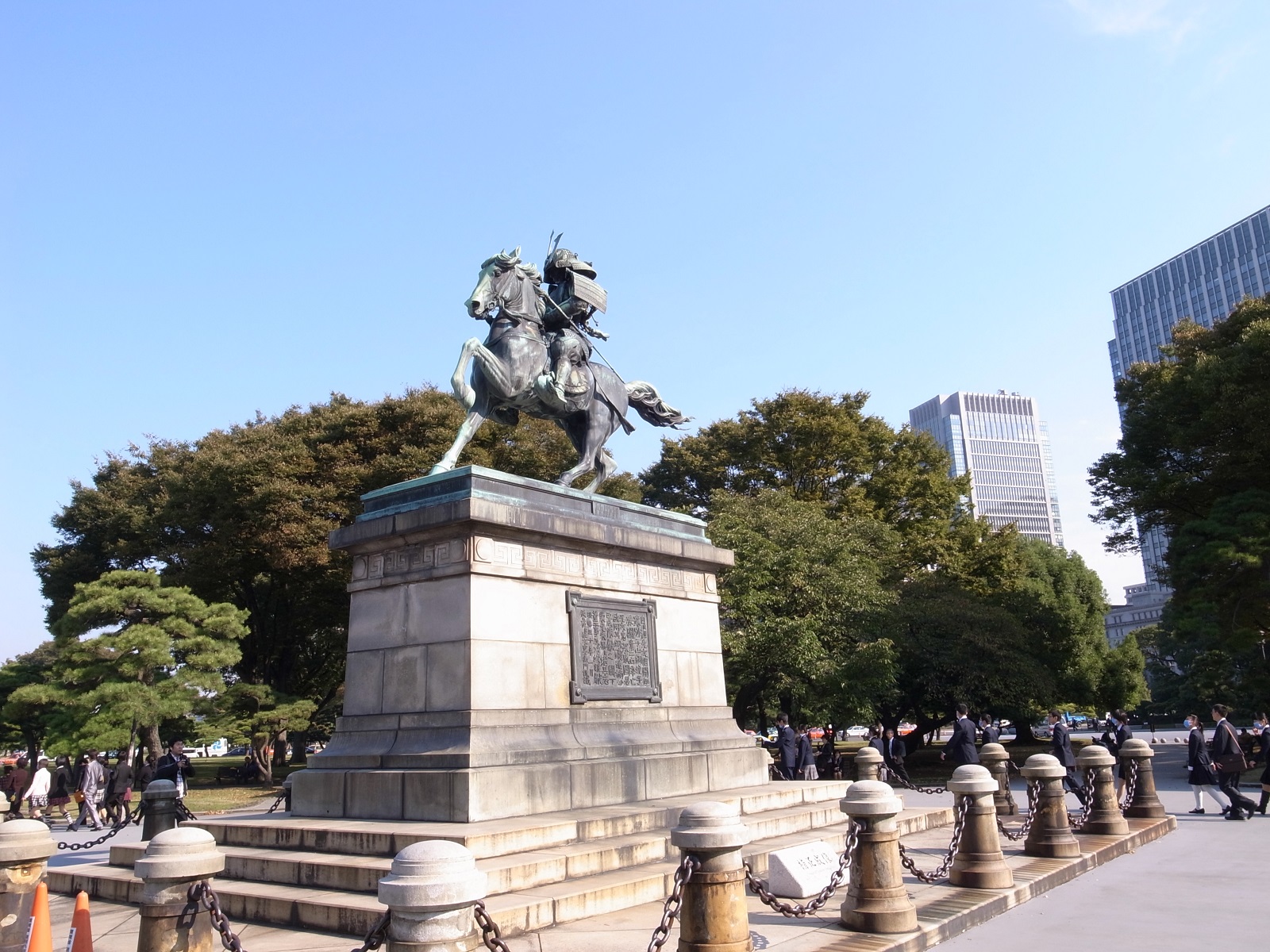 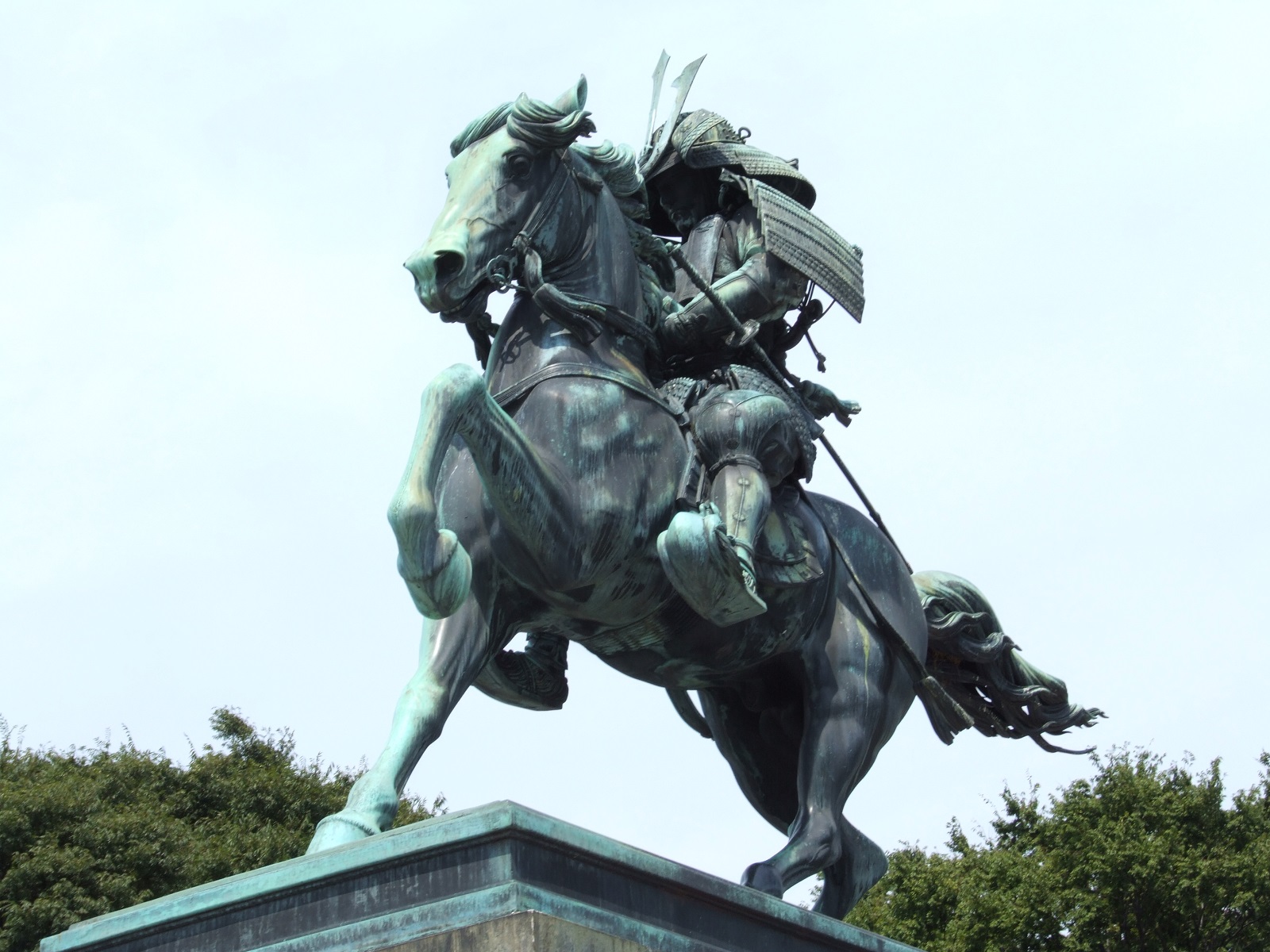 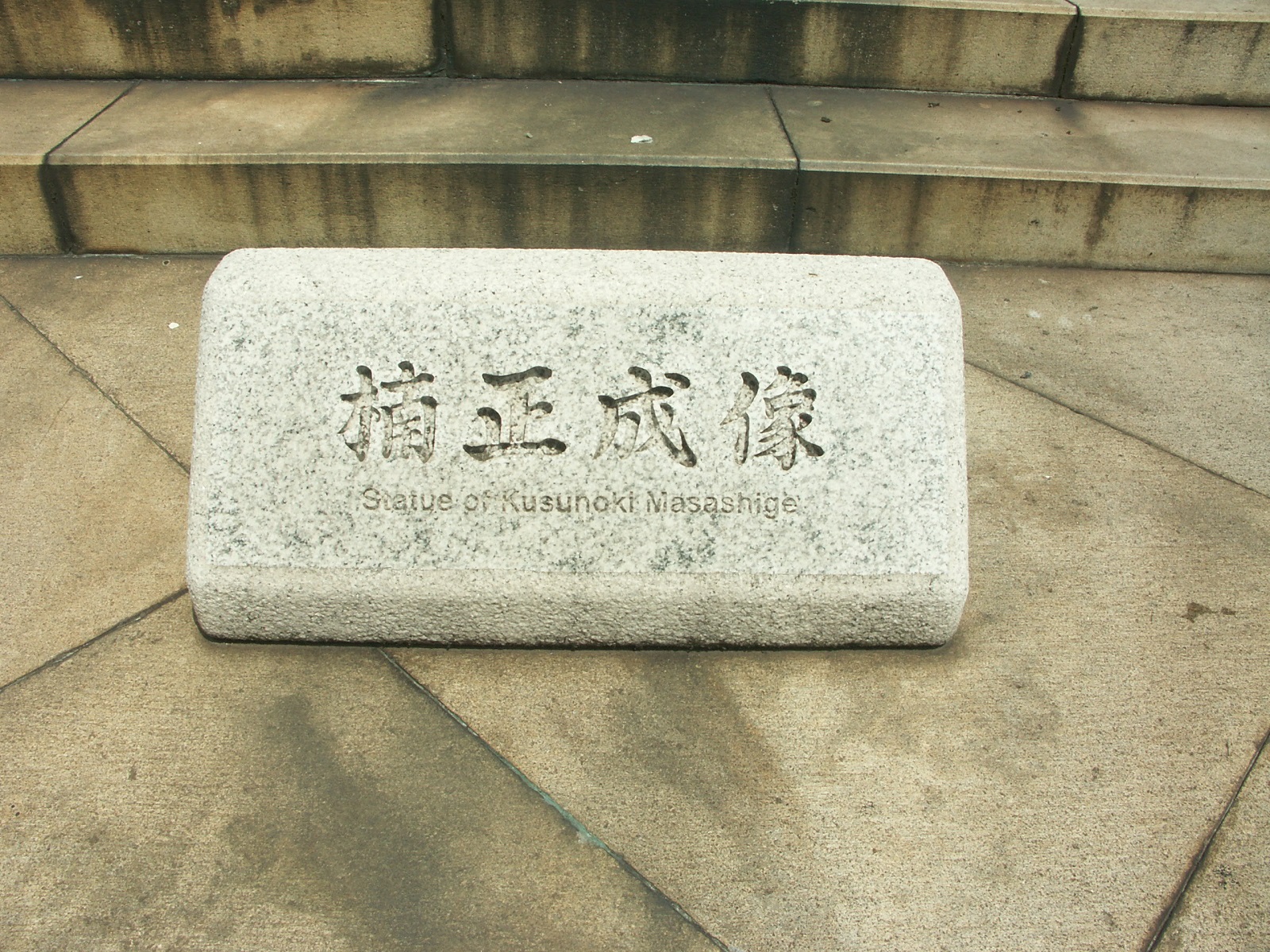 In the corner of the Kokyo Gaien National Garden stands the imposing bronze statue of Kusunoki Masashige. Kusunoki Masashige was a famous military commander who was fiercely loyal to the Emperor of Japan and fought for him in the Genkō War around 1330. It is well-known as one of Tokyo's three major bronze statues.

The statue of KUSUNOKI Masashige, which took about 3 years to prototype and 10 years to build to completion.

Kokyo Gaien National Garden is a 5-minute walk from Nijubashimae

It displays KUSUNOKI Masashige as he tries to bow his head while pulling down on the reins of his horse, trying to control it. This is the heroic figure of KUSUNOKI Masashige welcoming Emperor Go-Daigo on the route to Hyogo after his return from the island of Oki in 1333.

One of KUSUNOKI Masashige's ancestors, KUSUNOKI Shiro, was MINAMOTO no Yoritomo's servant when he entered Kyoto. It is estimated that the KUSUNOKI clan, once shogunal retainers of Musashi Province, moved to Kawachi to serve the Hojo clan and manage Kawachi Province.

Eventually, falling in with Emperor Go-Daigo's plan to overthrow the Shogunate, Masashige was given the official title of Lieutenant of the Middle Palace Guards. It is known that Masashige, a relative of the HATTORI family (a ninja family at that time) fully cooperated with them to make use of ninja guerrilla tactics in order to deceive the enemy, leading Emperor Go-Daigo's imperial restoration to success.

More than 20 portraits of KUSUNOKI Masashige existed, but they all had different physiques and there was no prevailing reference material. As a result, the artists emphasized reproducing the facial expression of an excellent tactician during the production of the statue.

KAWASAKI Chitora, a historical painter, was in charge of the armor. He studied the temples, shrines and relics related to KUSUNOKI Masashige, and completed the design while supplementing historical facts. GOTO Teiko, who was in charge of the horse, dissected the corpse of the horse that he received from the War Horse Bureau. He went to Tohoku himself, took pictures of many horses, made models, and reproduced the details.

It took about 3 years to make a wooden prototype sculpture, and 10 years to complete the statue. The Statue of KUSUNOKI Masashige was produced with a lot of knowledge, time and passion. Why not take a closer look, observe its sophistication, and experience its power?