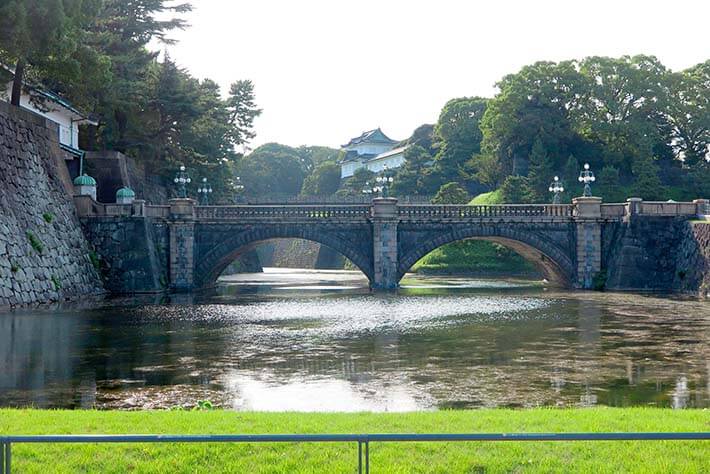 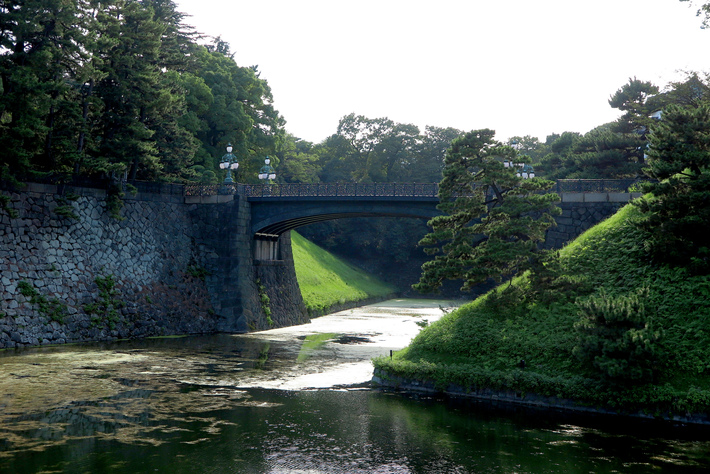 The Seimon-ishibashi Bridge in the foreground is made of granite and was designed in a Western architecture style. These two bridges are used for official events such as the general congratulatory visit by the public on New Year's, and for visits by foreign guests, but it is usually closed to the public. However, if you participate in the visit of the general public to the Imperial Palace, which is held once in the morning and once in the afternoon from Tuesday to Saturday excluding holidays, in addition to the Nijubashi Bridge you can also see other areas such as the Fujimi-yagura (Mt. Fuji-view keep) inside the palace and the exterior of the palace. 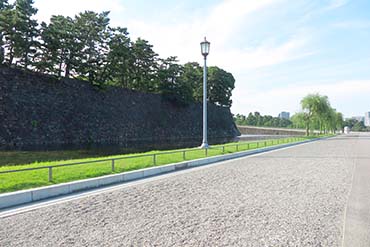