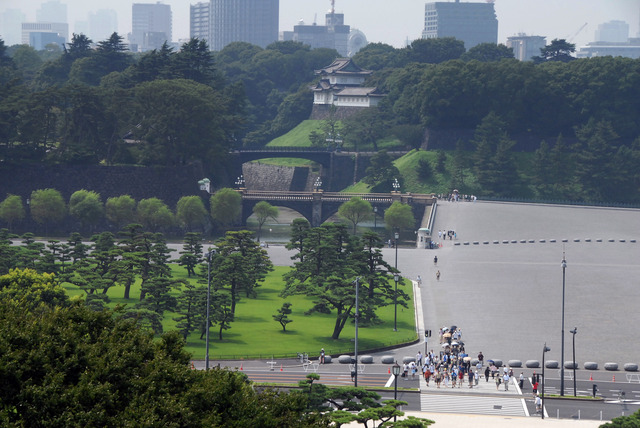 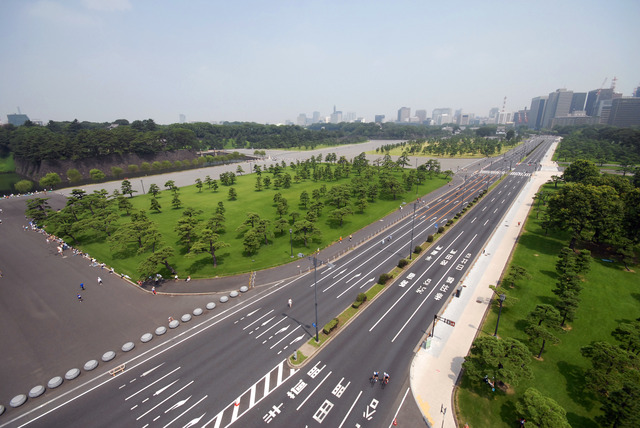 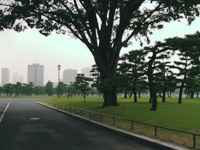 For leisurely walks and visiting historic sites. Kokyo Gaien National Garden contains both a large grassy plaza and an abundance of historic buildings.

The Imperial Palace Plaza consists the area between Uchibori-dori Ave. and the gravel plaza on the Imperial Palace side to the grassy green space between Uchibori-dori Ave. and Soto-bori Moat. During the Edo period, this area was known as the Nishi no Marushita, home to the stately homes of powerful daimyo lords, wakadoshiyori (mid-level shogunate officials), and roju (senior shogunate officials) who played roles in running the shogunate government. Following the Meiji Restoration, it was used as a military camp and housed government guards. Since 1949, a portion of these former imperial gardens have been open to the public as a National Garden. Rows of planted trees known as Ochirindai stand between the main gate of the Imperial Palace and the Sakashita-mon Gate in the Imperial Palace Plaza. These are comprised of thousands of planted black pines, making this one of the iconic images from the landscape of the Kokyo Gaien National Garden. 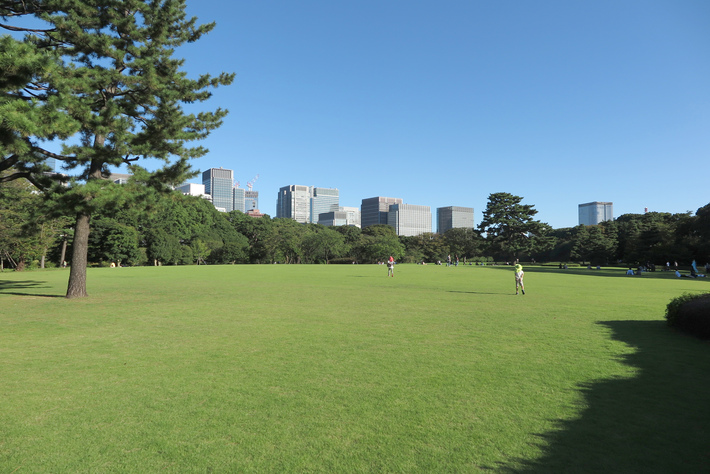 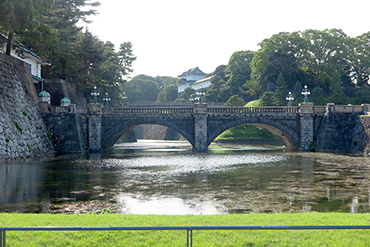 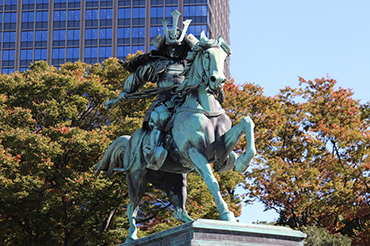 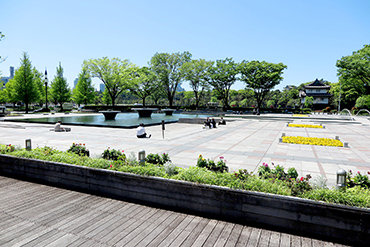