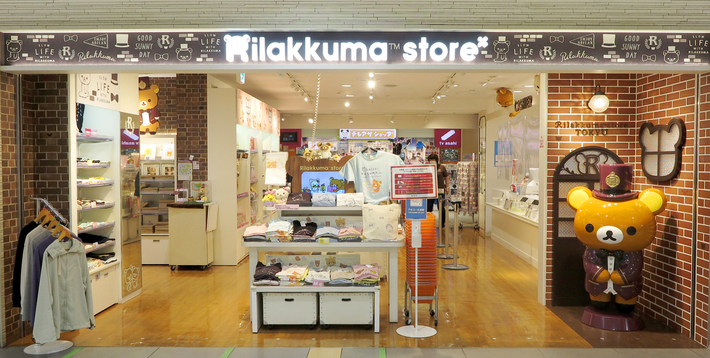 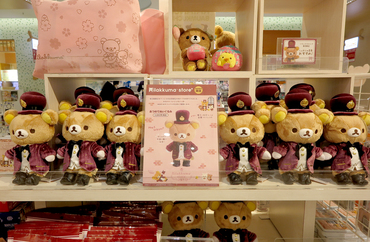 There is a large collection of popular characters here. "Tokyo Character Street" can be enjoyable for all ages.

Tokyo Character Street is located on the first basement floor of "First Avenue Tokyo Station" which is directly connected from JR Tokyo Station Yaesu Underground Central Gate and consists of about 30 stores. In this area, other than various character shops, there are numerous shops that can be enjoyed by three generations in a family, such as TV stations' official shops and a Shochiku kabuki goods specialty store.

From famous characters who have been popular for a long time to characters in season that are currently garnering attention, Tokyo Character Street lets you meet diverse characters. At the "Rilakkuma store", you can obtain Rilakkuma goods limited edition of Tokyo Station Store.

At the "Pokémon Store Tokyo Station Shop", a wide range of Pokémon goods are available. The sight of the shelves of the store lined with Pokémon stuffed toys is a grand one. Don't miss the cute sweets with packaging depicting Pikachu as well.

"Donguri Republic" is where you can find original goods from Studio Ghibli films. The store also offers many items that cannot be found anywhere else. They recommend the three-dimensional goods such as the figures and finger dolls that have been given intricate details. Scenes from the films have been reenacted right down to the details and niche characters have been made into goods. It seems that the store is filled with items that make enthusiasts drool.

At Tokyo Character Street, another feature is that the official stores of various TV stations are all present here as well. At "TV TOKYO HONPO", goods of TV Tokyo's popular programs and original character "Nanana" are available for purchase. Apparently, the goods of the variety program "Tetsuro Degawa's Will You Charge Me Up?" are displayed at the storefront and often makes people passing by stop and say, "It's yabai yo, yabai yo (it's crazy, it's crazy)!".
Furthermore, "Tokyo Revengers", "SPY x FAMILY" and other popular anime's goods are also available.

The "Tetsuro Degawa's Will You Charge Me Up?" towel is popular. It comes in two sizes, a face towel and a muffler towel (1,320 yen each).

At Tokyo Character Street, other than the permanent stores, there are also "street wagons" set up in three areas as well as an event space, "Ichiban Plaza", switched up every two weeks, so another feature is that each time you visit, you will make new discoveries. Please try coming to Tokyo Character Street, where people of all ages can have fun, together with your family and friends.

*Information published as of May 2022. 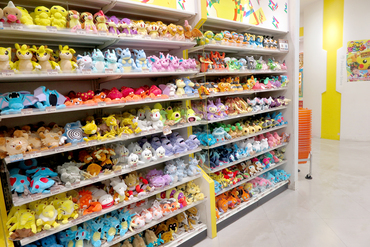 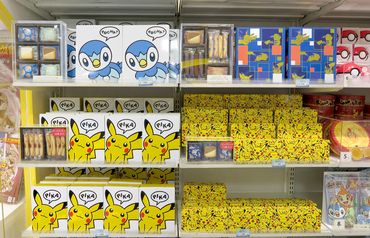 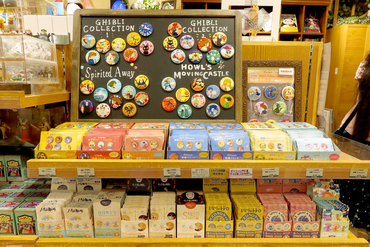 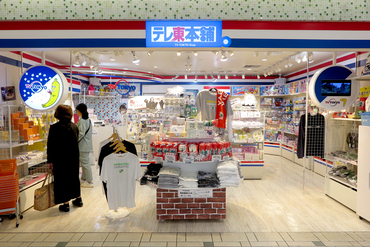 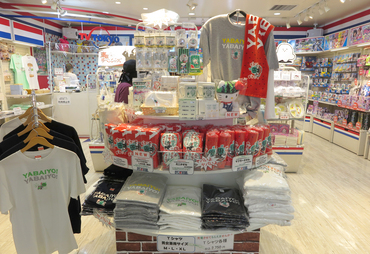