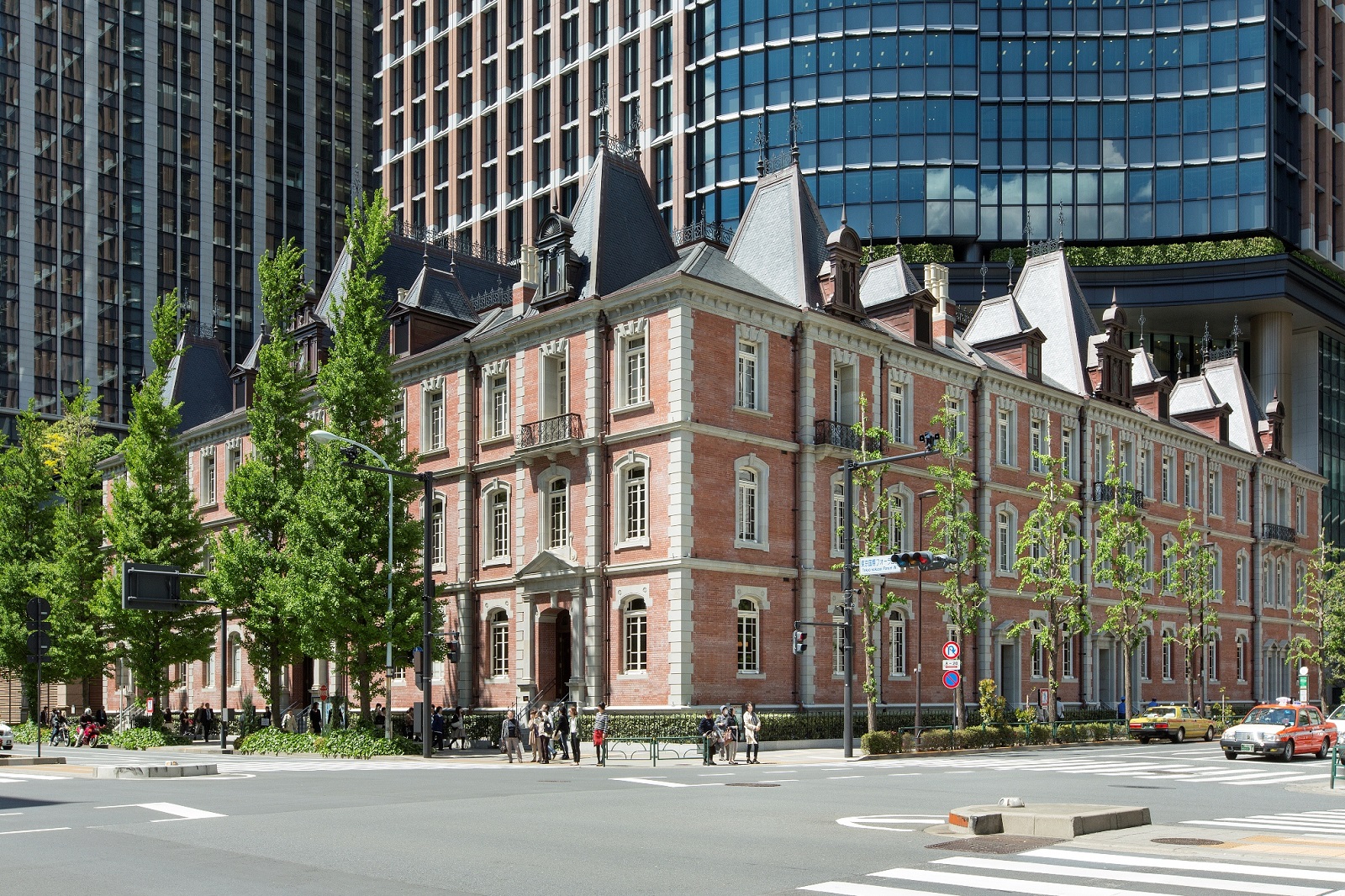 The Mitsubishi Ichigokan was designed in 1894 by the English architect Josiah Conder at the invitation of the Japanese government not long after the country had ended a long period of national seclusion. The structure, erected by Mitsubishi as the first Western-style office building in Tokyo’s Marunouchi district, makes use of the Queen Anne style of architecture that was popular in England in the late 19th century. In addition to housing the banking department of Mitsubishi’s headquarters, the three-story building, linked by stairs, was rented out for use as office space. Having aged significantly, the original structure was torn down in 1968, and now, some 40 years later, it has been reconstructed on the same lot according to Conder’s original plans. As part of the restoration project, along with a review of the Meiji-era blueprints and survey maps dating from the building’s dismantling, extensive surveys of various documents, photographs, and extant structural components were conducted. In addition to reusing some of the building’s interior components, such as the handrails for the staircases, the structure was reproduced as faithfully as possible down to the use of specific building methods and architectural techniques. The Mitsubishi Ichigokan, symbolizing the modernization of Japan in the late 19th century, has been reborn as the Mitsubishi Ichigokan Museum, an icon of Tokyo’s Marunouchi district, in 2010.