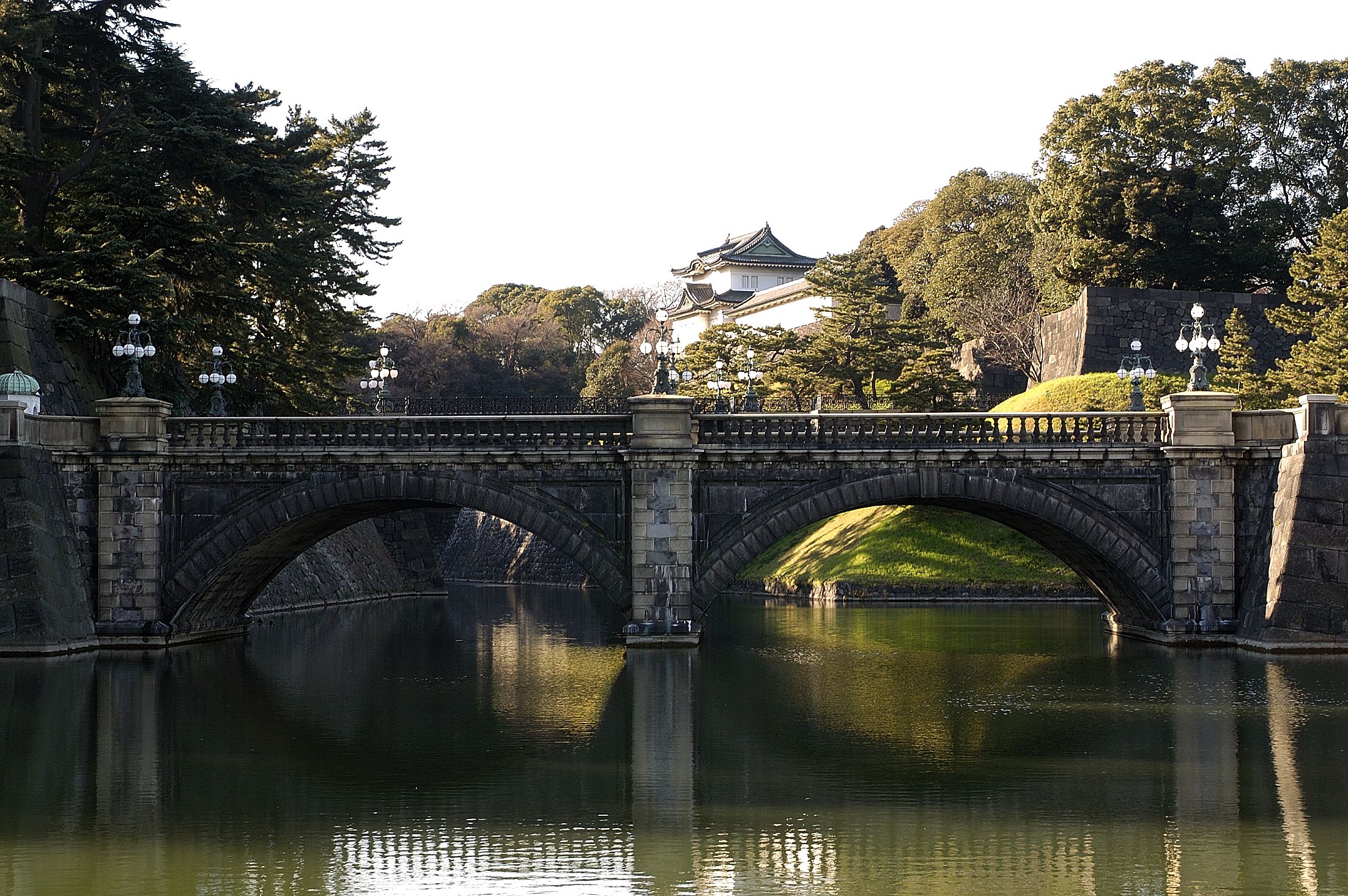 An elegant stone bridge visible from the main entrance of the Imperial Palace. During the Edo era it was called Nishinomaru-otemon Bridge or Nishinomaru-gejobashi Bridge, and it was prohibited to enter on horseback. It is often falsely considered as a part of a bridge "pair" with the bridge right next to it, due to the name of the latter - Nijubashi (meaning "double-layer bridge"). The bridge was built in the span of three years from 1624 to 1627. The current structure was built in 1889.

address : Between the Imperial Palace and Kokyo-gaien National Garden, Chiyoda-ku