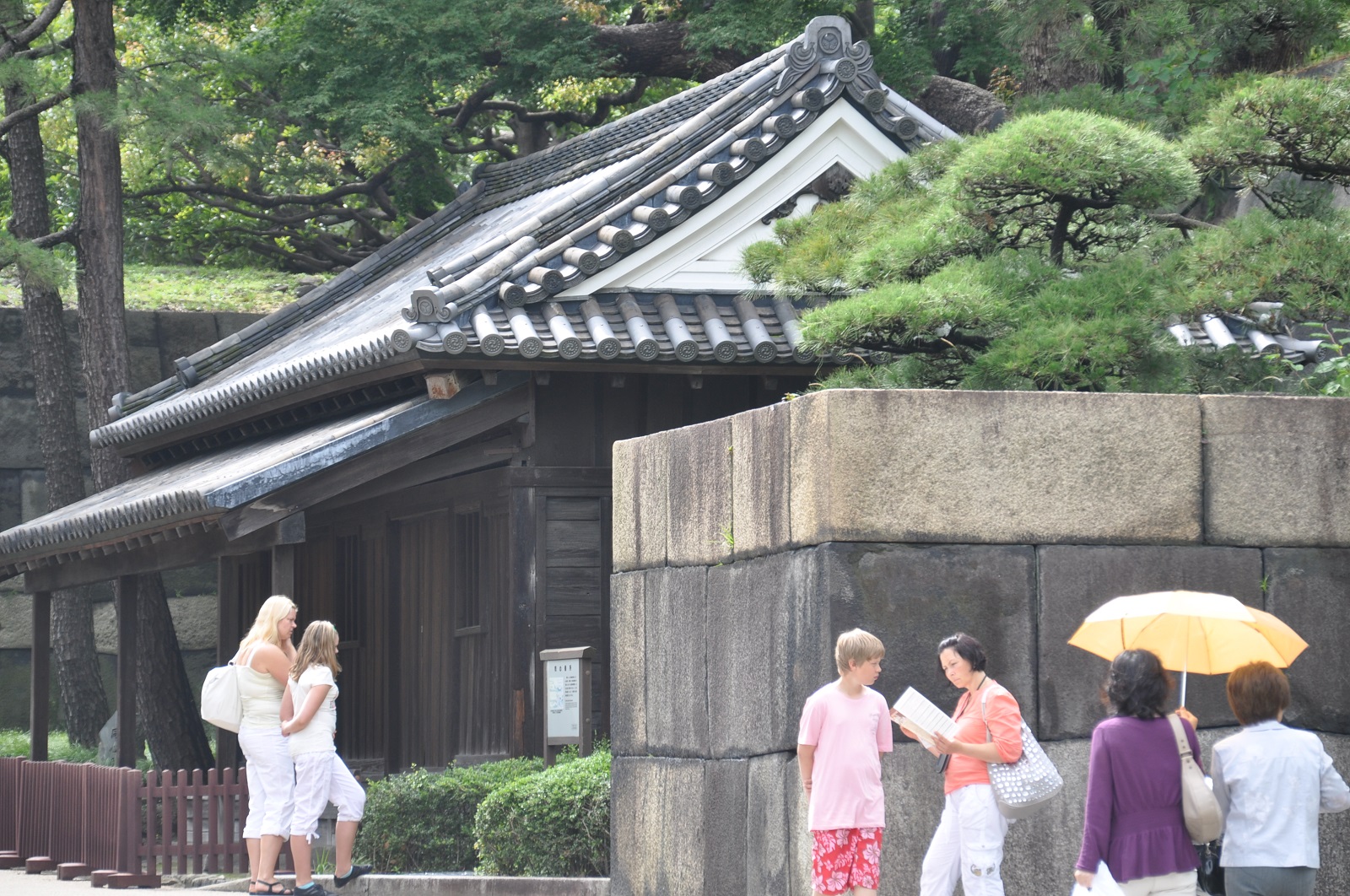 After passing the front of the Museum of the Imperial Collections, you will find the Doshin-bansho Guardhouse inside the Otesan-mon Gate.
Only three houses of the Tokugawa (Owari, Mito and Kii) were allowed to ride through here on a litter or palanquin. All others, even feudal lords, had to dismount here to be searched and inspected. That's why this gate bcame known as the Gejo-mon, or "dismounting gate." It used to be guarded by
Only those that were able to ride in Kago (a type of litter used as a means of human transportation) and pass through here were the three houses of the Tokugawa (Owari, Mito and Kii). Japanese feudal lords other than them were dropped off here and inspected by samurai guards. Because of this, it is also called Gejo-mon (dismounting​ gate).

address : Within The East Gardens of the Imperial Palace