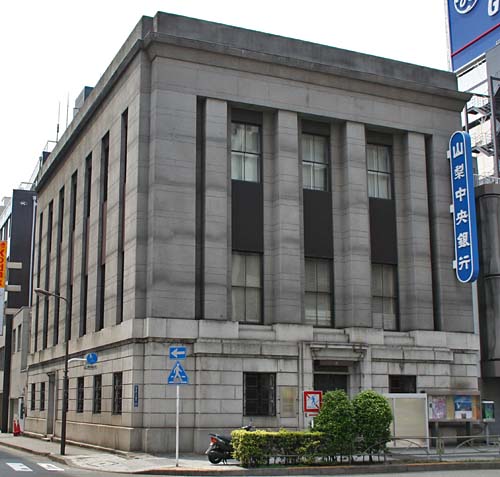 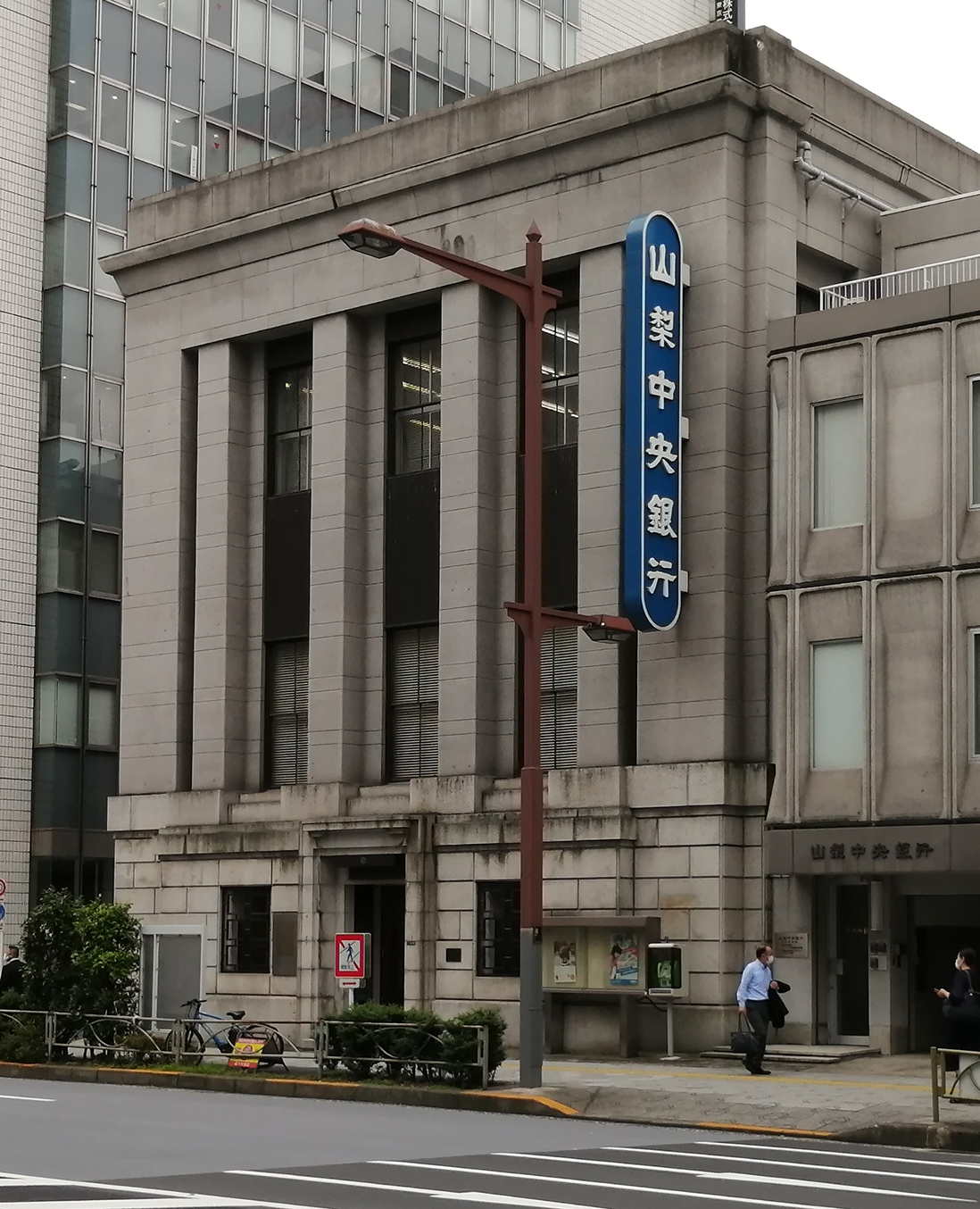 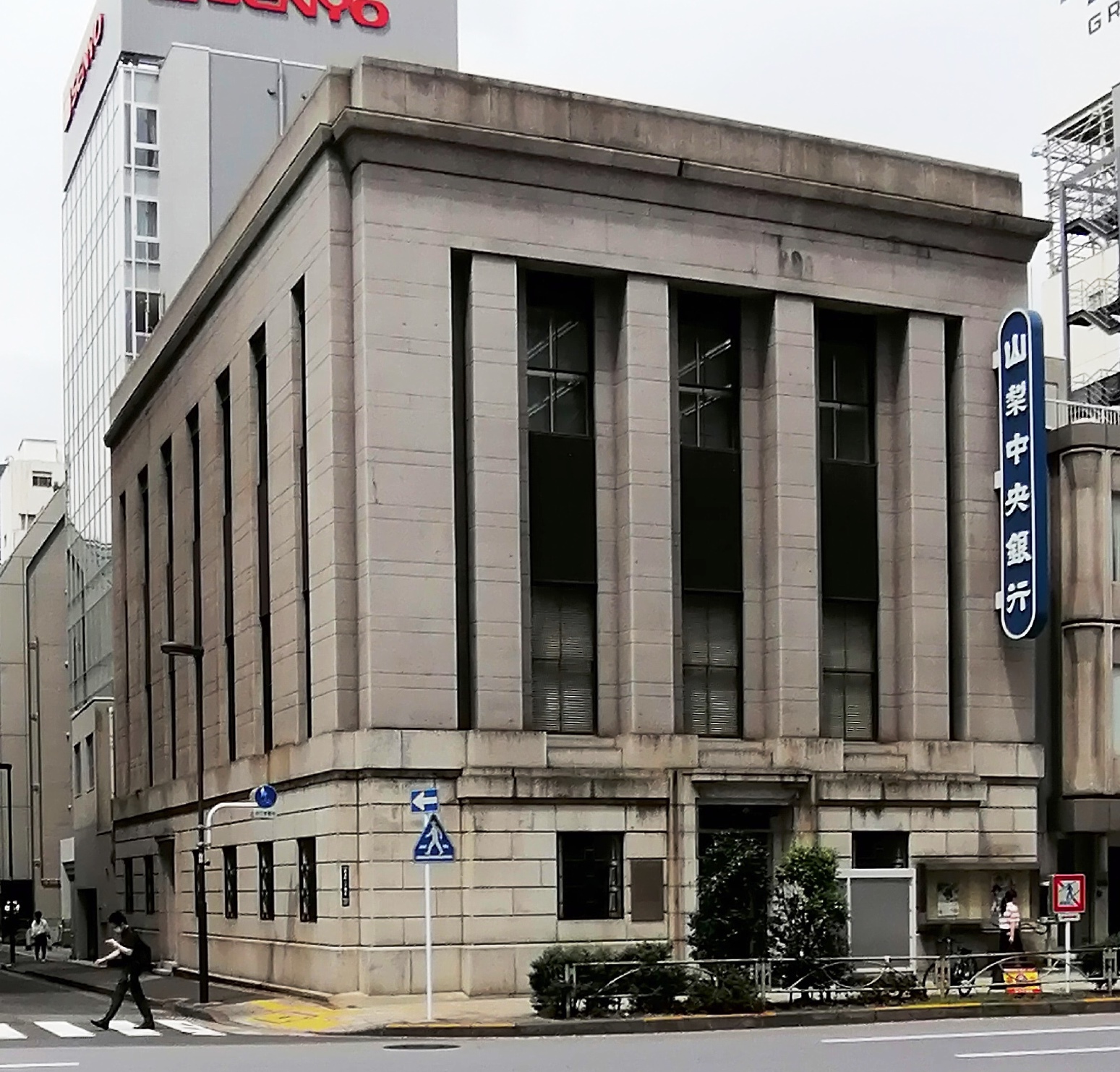 1929 Designed by Yoh Tokunaga
In 1877, it became the Tenth National Bank, Japan's ninth national bank, and in 1897, it became the Tenth Bank, a private bank.
In the beginning, the façade of the building was decorated with columns of the Ionic order, but it survived the war and became the simple design it is today. This is a typical style of bank architecture in the early Showa period.
The current building was completed in 1929, but the entrance and interior spaces are still the same.