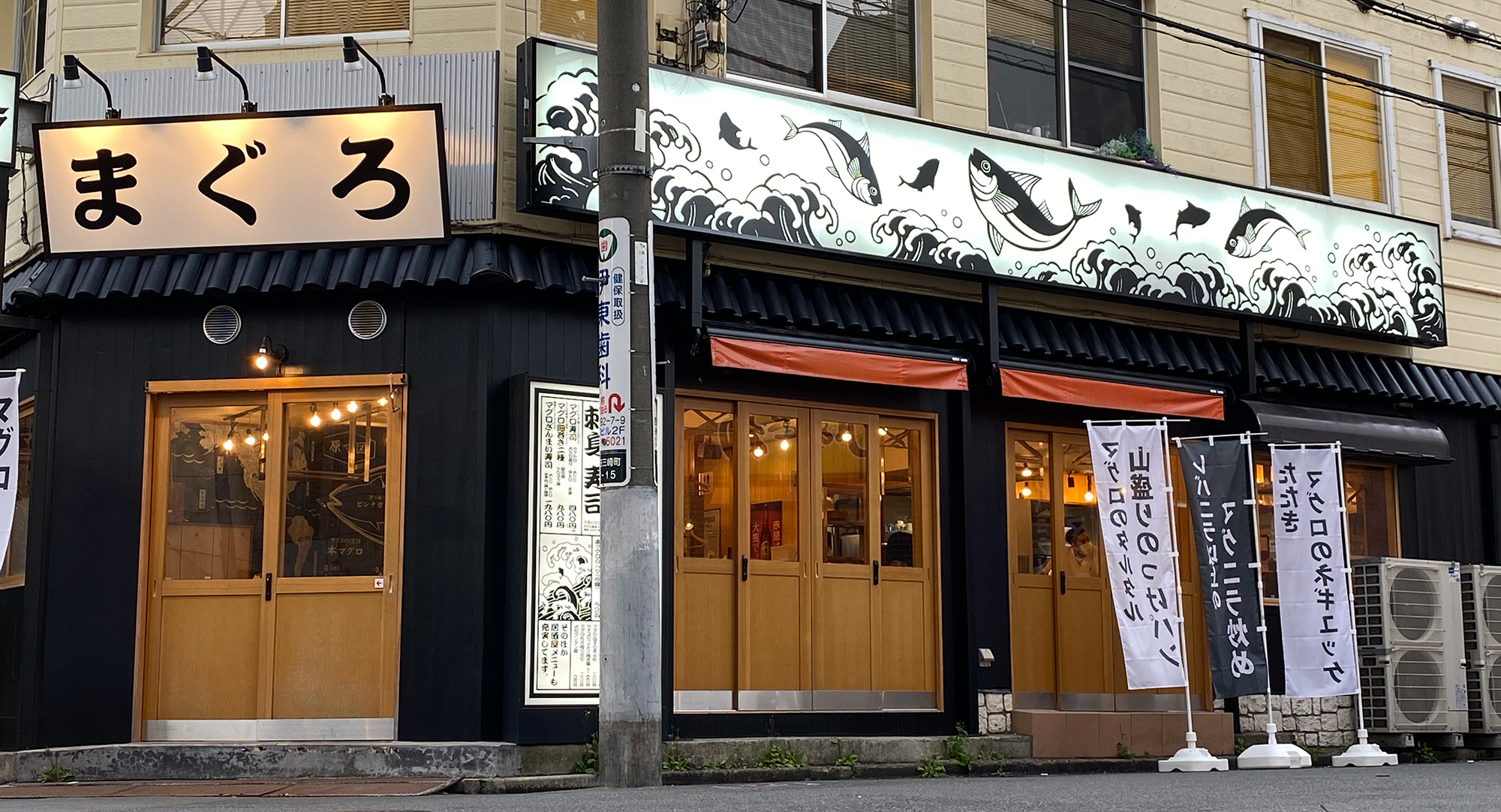 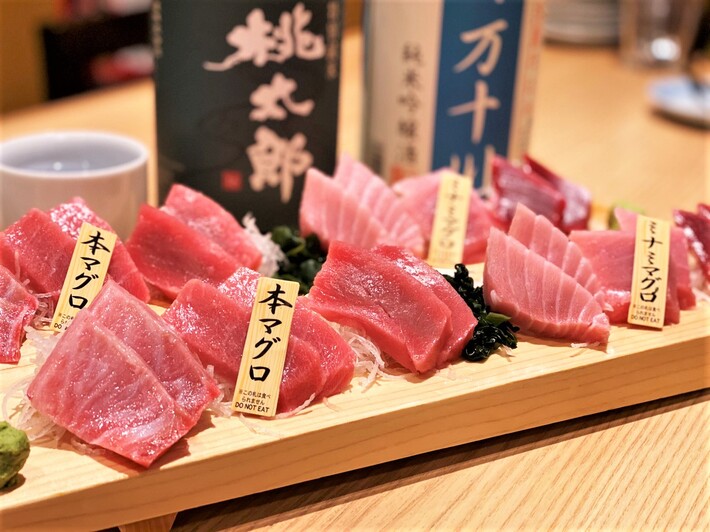 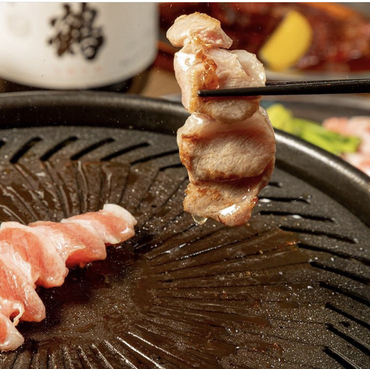 "Maguro no Shimahara", founded on the concept of "conveying the brilliance of the lovely maguro (tuna) to as many customers as possible", uses a signboard with a huge "Tuna" illustrated on it. This is a restaurant specializing in tuna cuisine, where you can enjoy high-quality tuna in all its glory.

"Maguro no Shimahara Suidobashi branch", a restaurant specializing in tuna cuisine where you can enjoy high-quality tuna in all its glory

The owner, Mr. Shimahara, went to Shanghai alone in 2003 and opened a restaurant specializing in tuna cuisine, called "Tian Jia" there. The business was a success and has expanded with Japanese bars specializing in tuna and high-end sushi restaurants. After selling his business in Shanghai, he returned to Japan and thought of "conveying the brilliance of tuna to more people in Japan too", so he opened the "Maguro no Shimahara Jimbocho branch" in June 2019. In February 2021, he opened his 2nd store, "Maguro no Shimahara Suidobashi branch". The "Assorted Tuna Sashimi Platter" (1,078 yen per serving) that is sourced by the owner himself is a must-try. This single platter will allow you to enjoy the best of tuna, that is the Otoro (fatty tuna), Chutoro (medium fatty tuna), and Akami (lean red flesh) of both wild-caught Pacific Bluefin Tuna and farm-raised Southern Bluefin Tuna.

"Grand! Tuna Flesh on the Bone" (1,980 yen) is an adventurous dish which you will enjoy by picking off the flesh from the bone with your spoon. It is recommended to have it together with the "Handroll sushi set" (275 yen) made with vinegared rice and dried seaweed or the "6-companion set" (385 yen) which includes Natto (fermented soybeans), Tororo (yam paste), Takuan (pickled radish), kimchi, avocado, and cream cheese.

There are also lots of other rare dishes that you will only find at a restaurant specializing in tuna, like the "Tuna and Chives, better than Liver and Chives" (968 yen) that uses the fresh and attractively red heart of the tuna as well as the exotic "Tuna Fish Egg Tempura" (1,408 yen) 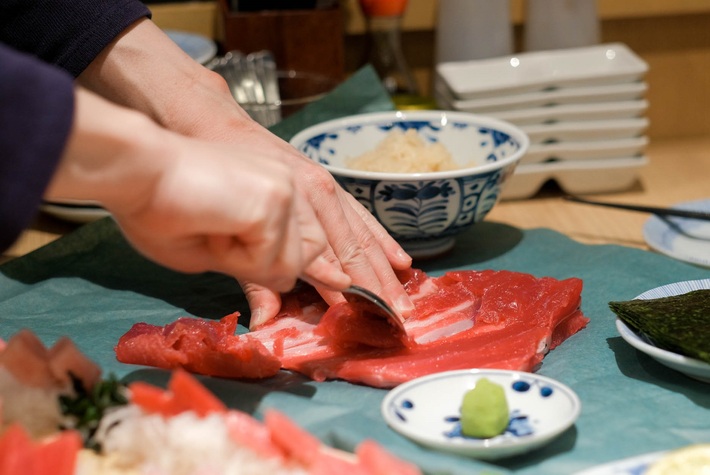 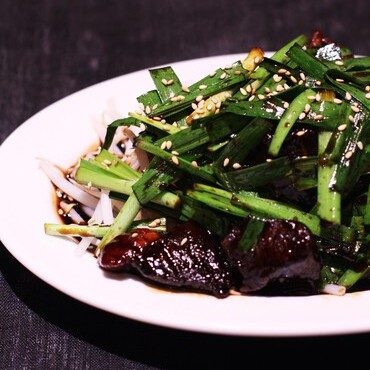 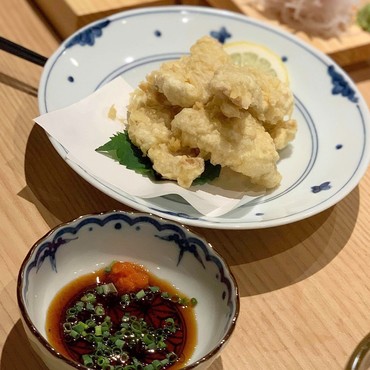