Barcelona: The City of Artistic Miracles

Barcelona, the cosmopolitan capital of Spain’s autonomous Catalonia region, draws many visitors with its plentiful tourist attractions, such as the cuisine, sports, and the World Heritage Site of Sagrada Familia. With France to its north and blessed with a temperate climate due to the Mediterranean to its south, Barcelona has shaped a unique artistic culture thanks to its economic growth and its distinctive language and culture. In particular, the period of roughly 80 years, from the 1850s when the city engaged in modernization, through the time of the 1888 Barcelona Universal Exposition, and up until the Spanish Civil War in the late 1930s was the heyday of Catalan art. Many artists spread their wings in a diverse range of activities in the city during this period. They include architects who helped create the current landscape of the city, such as Antoni Gaudí, Lluís Domènech i Montaner, and Josep Puig i Cadafalch; Picasso, who lived there as a youth; Miró and Dali, who went on from there to win worldwide acclaim; and people such as Ramon Casas and Santiago Rusiñol who made the café Els Quatre Gats the platform from which they transmitted their artistic message. The approximately 130 items on display in this exhibition include paintings, drawings, sculptures, furniture and jewelry. They amply convey the passion that infused fin-de-siècle Catalonia. 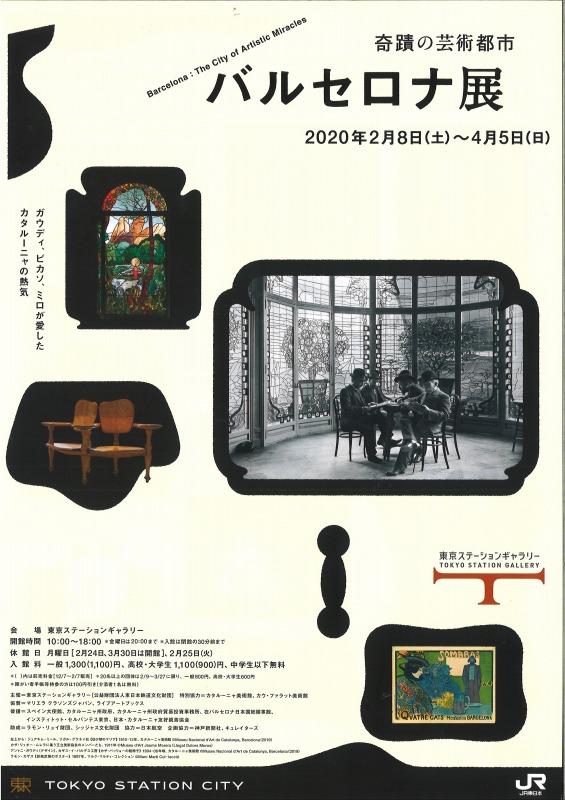