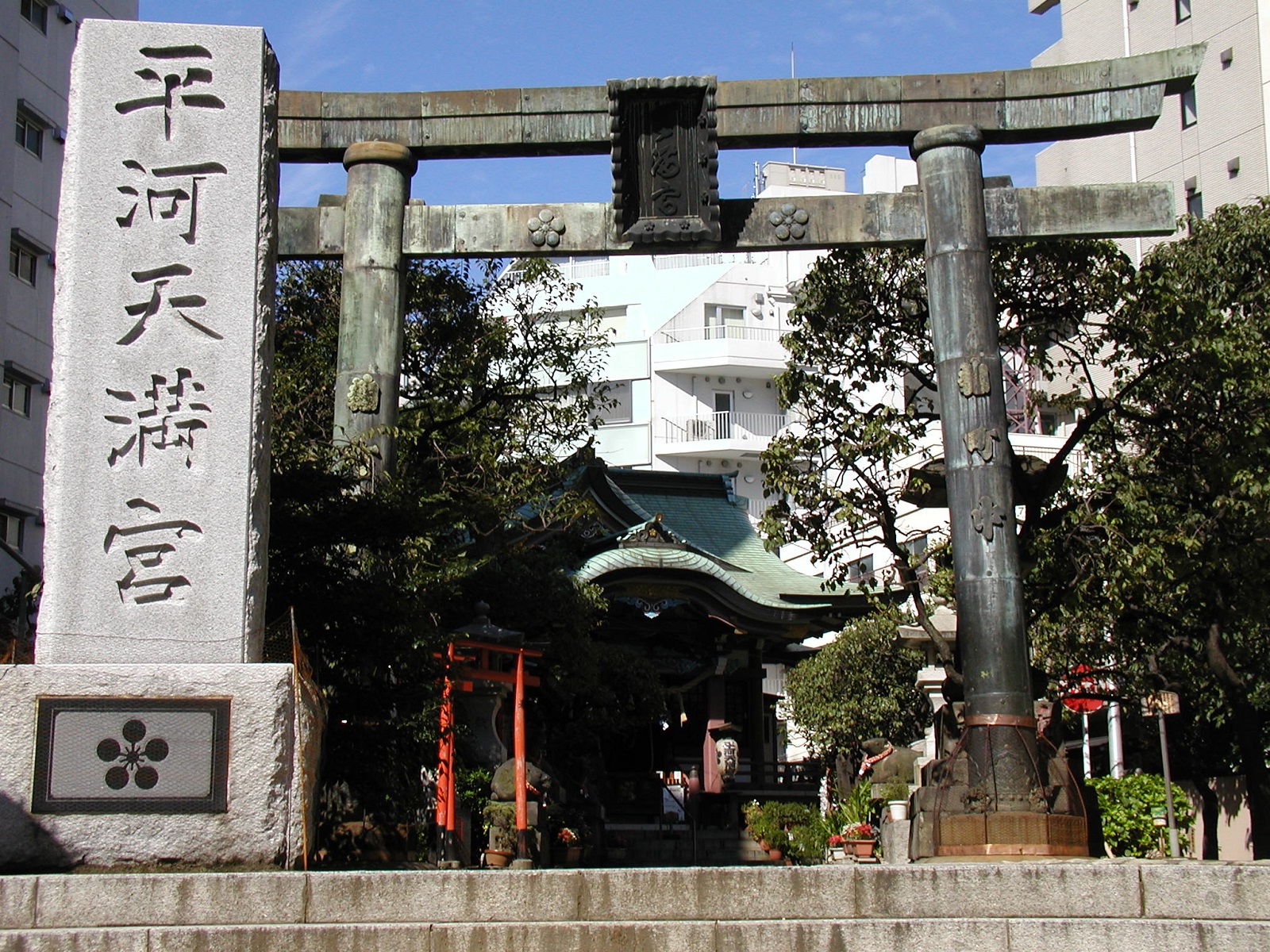 This shrine is dedicated to Sugawara Michizane, the main deity, as well as Hachiman Shrine and Toshogu Shrine (Tokugawa Ieyasu). It is said that this shrine was first built in 1478 by Ohta Dokan in Bairin-zaka (Plum tree slope) in the Honmaru district of Edo Castle, and was later moved to its present location in 1606. The torii gate, the force stones and the koma-inu (stone guardian dogs) are designated as cultural assets of Chiyoda City.
Plum trees and cows (sacred cows) are the symbols of Tenmangu Shrine. Hirakawa-tenmangu Shrine also has a plum tree with one 'Nade-ushi' (the stroking cow) and four stone cows sitting on it. It is said to bring in good luck by making a wish in the ear of cow and gently stroking the part you are most concerned about.