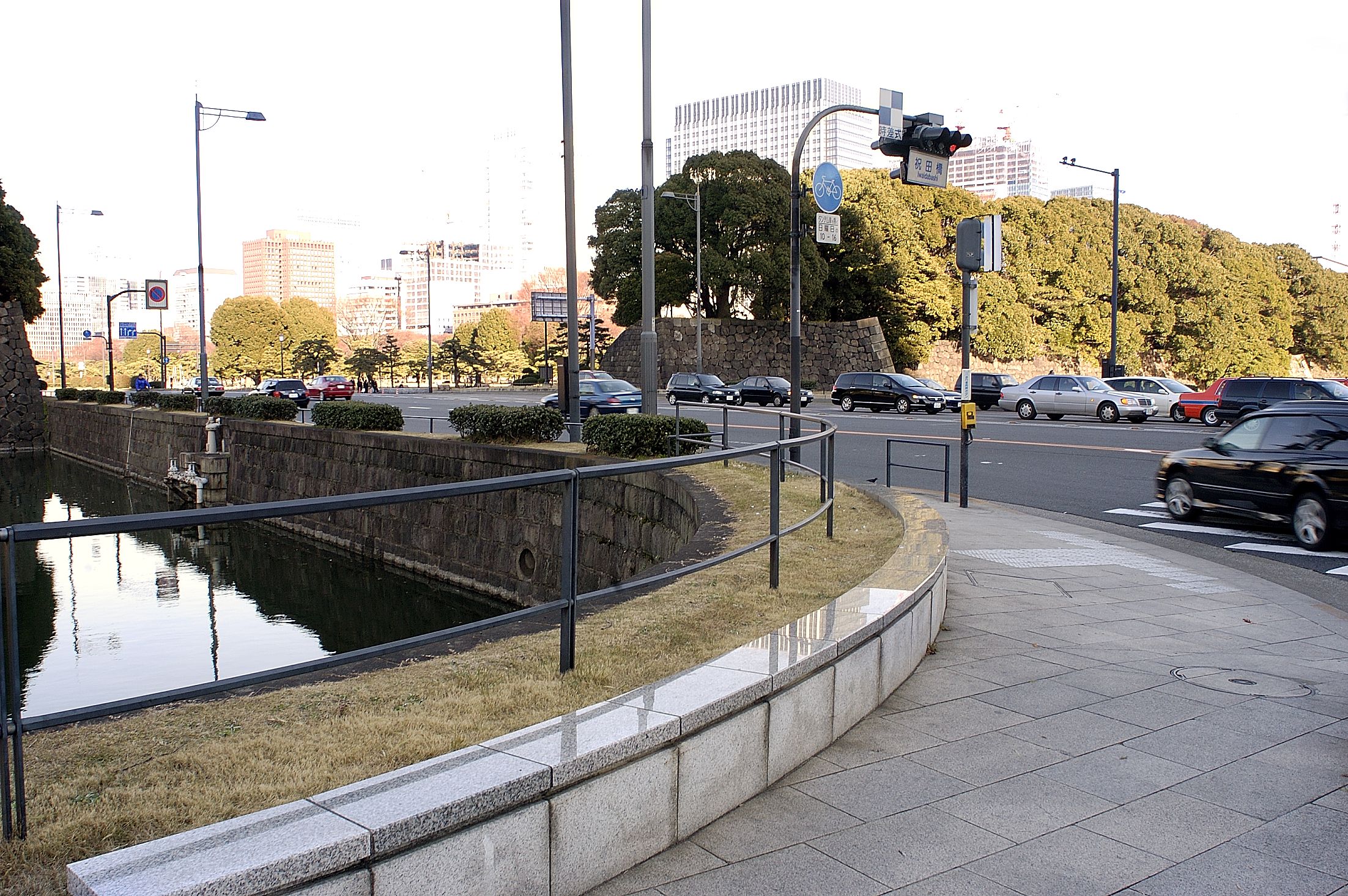 This is an earthen bridge crossing the inner moat. It was built in 1906 as a celebration of victory in the Russo-Japanese war. The name derives from the name of the district in which its gardens are located, which was called Iwaida-machi then. From the Iwaida-bashi Bridge, pedestrians can see the Gaisen-bori moat to the west and the Hibiya-bori moat to the east.