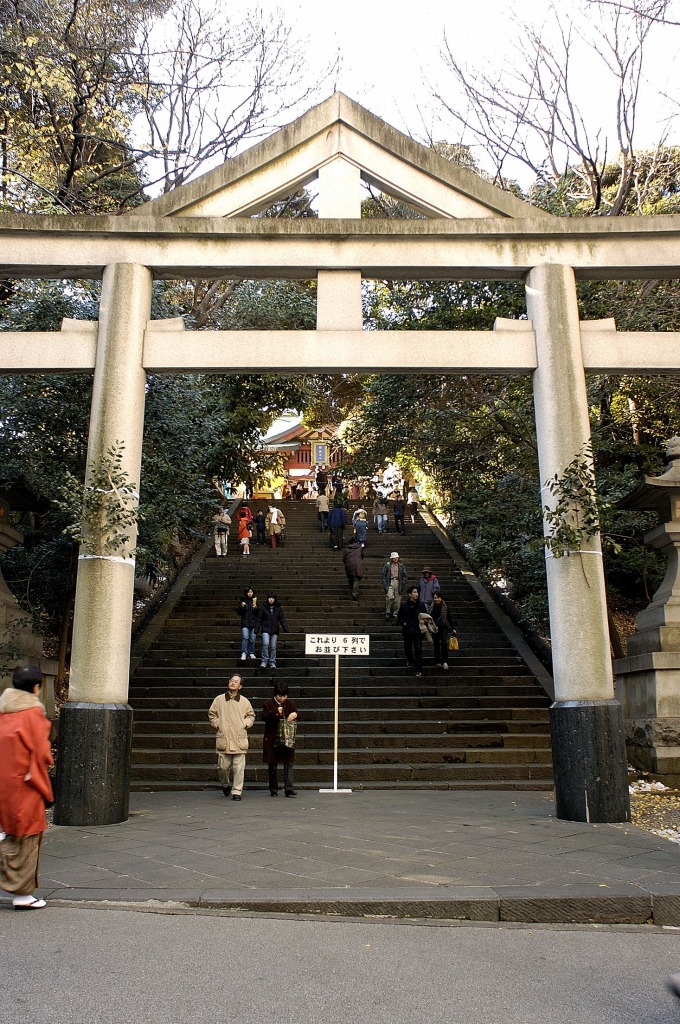 This slope has 53 stone steps from the main Torii gate which lead up to Hie Shrine.
Originally known as Hiyoshi Sannō Daigongen, Ota Dokan erected a Sanno-Hie Shrine in the compound for the guardian deity of the castle. Tokugawa Ieyasu then relocated it to the grounds of Edo Castle, and worshipped the deity as the protector of Edo. However, the shrine was moved out during improvement works to the castle. Later, the shrine was burnt in the Great Fire of Meireki in 1657. It was then restored and moved to its current location also known as Hoshigaoka, a place of scenic beauty overlooking Akasaka Tameike. Then, it was again destroyed during World War II bombings, and restored in 1958.