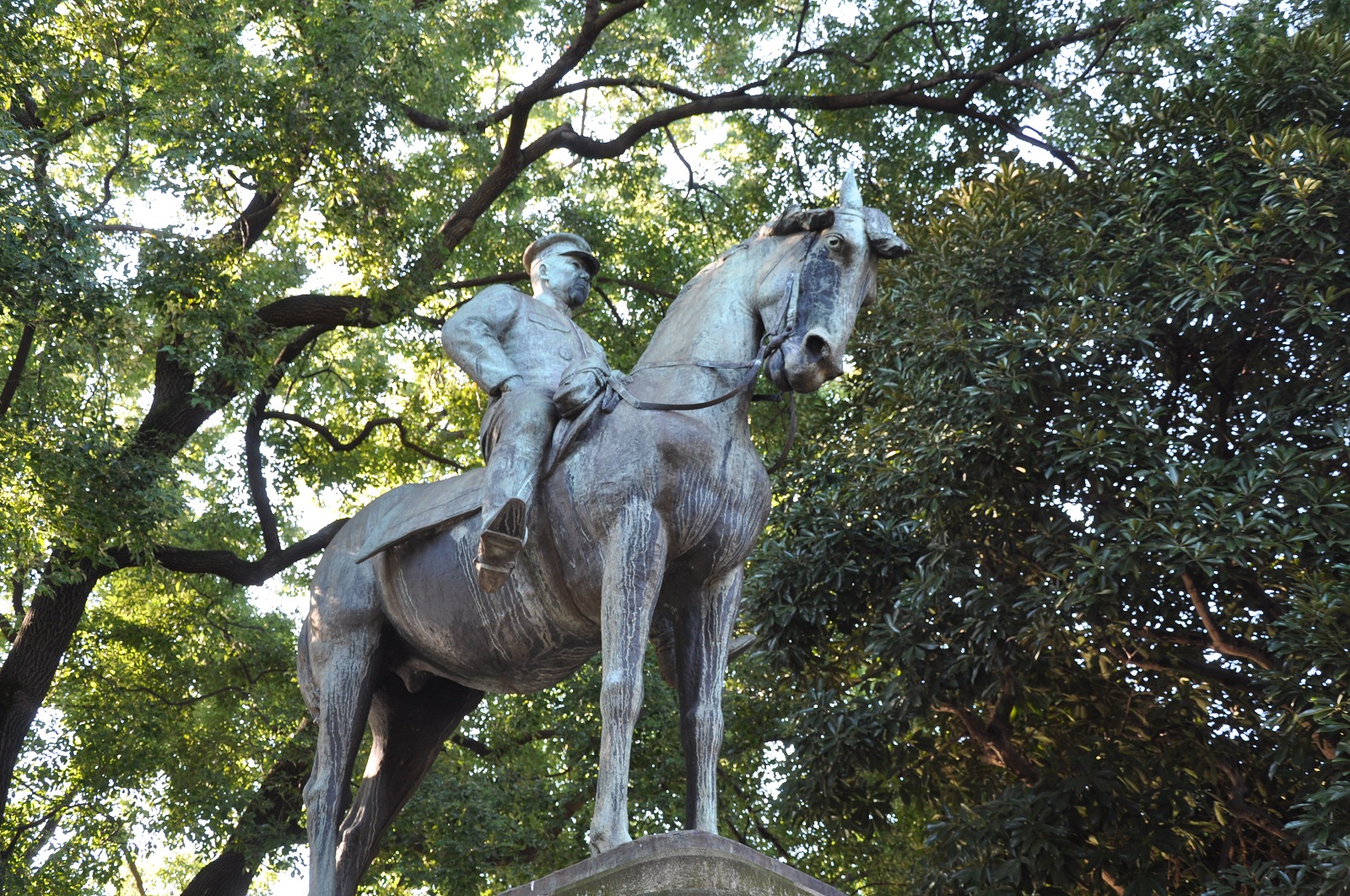 This statue of General Ōyama Iwao dates to 1919 and stands in Kudanzaka Park.
Ōyama Iwao was born in 1842, and served as general commander and Army Minister during the Russo-Japanese War.
Later, he successively held posts as Chief of the Army General Staff and Minister of War.