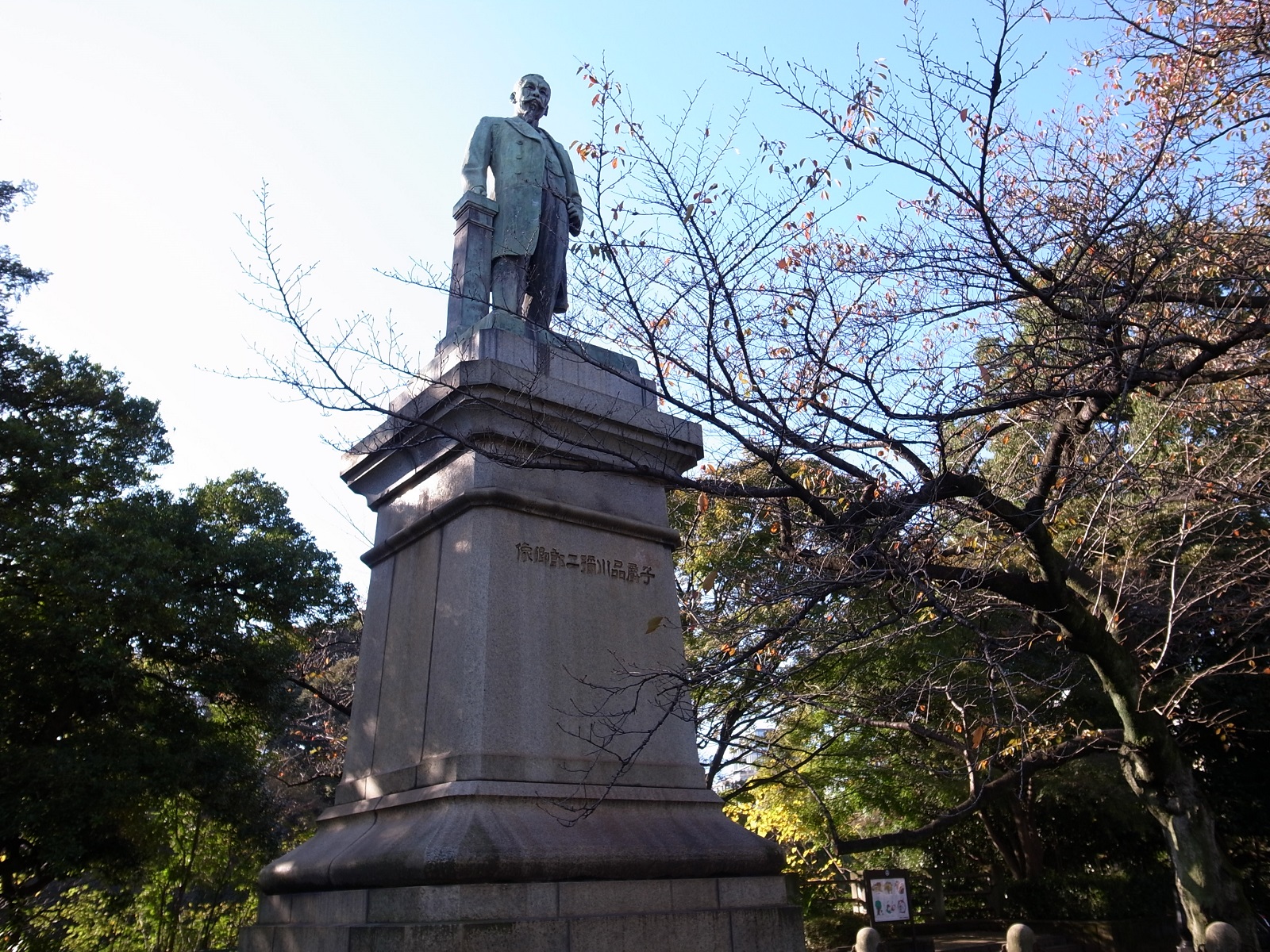 The bronze statue of Shinagawa Yajiro is located in Kudanshita Park.
Shinagawa Yajiro was an activist in the movement that attempted to overthrow the shogunate in Kyoto. After the Restoration he was sent to Germany. He served as Resident Envoy to Germany, and later as Vice-Minister of Agriculture. In 1884 he was appointed viscount, and in 1891 became the Minister of Home Affairs in the cabinet.